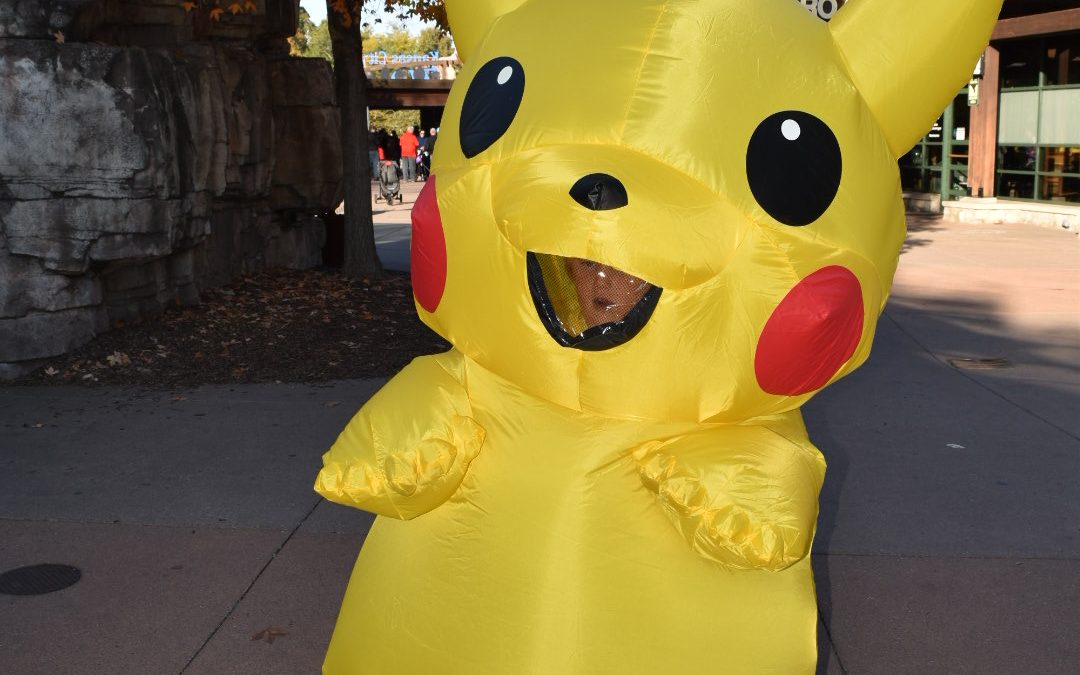 “It’s closing in on me,” were not the words I expected to hear as I happily helped my 7 year old into the Halloween costume he so eagerly anticipated. This is one of those stories we may one day laugh about. But that day is not today. As he recalled this story the next day to a friend, he said, “my Halloween costume nearly killed me.”

My 7 year old Jonathan loves Pokemon and saw a fun, inflatable Pikachu costume on a YouTube video. I was surprised upon searching that it didn’t seem to be sold at any U.S. stores so I ordered it on Ebay from China for $25.

When the costume arrived, he was ecstatic to try it on. He wanted me to help him put it on and surprise his dad and brother. There weren’t any directions but it seemed obvious. You put batteries into the fan and it inflates. We did that and as we thought it was inflating, all of a sudden we realized it wasn’t. It was actually pulling the air out of the costume and pushing it out. Picture the plastic costume beginning to close in on my sons face. Panic. He started punching at the costume and yelled, “it’s closing in on me!” As I fumbled for the zipper to get him out of it, he kept punching at the costume trying to break through which didn’t allow me to get ahold of the zipper. This all happened in a matter of seconds and it was very scary. His little self, fighting against this costume he’d been dreaming about. And just as fast as the panic set in, I yelled at him to stay still, grabbed the zipper, unzipped it and got it over his head.

I’m not sure I will soon forget his red face and tears streaming down. He hugged me so tight and cried. I told him I was so sorry and held him. My husband came rushing in with the commotion. We immediately knew the fan was inside out. So rather than pushing air into the costume, it was sucking the air out. Jonathan said he hated it and would never wear it again. Who could blame him? I told him that I would turn the fan around and then try it on myself so that he could see it’s ok. He did not want that but I did it anyway. I didn’t want him to be afraid. I felt awful.

As soon as I flipped the fan and put it on, it started inflating properly. He cracked a smile. The costume is giant and funny. It makes you smile just looking at it. I walked around in it and showed him that it was going to be alright. I took it off and told him he could try it on another time if he wanted but there was no pressure at all to wear it. I didn’t want him to be afraid. Roen said he wanted to try it on. That flipped the switch. Jonathan would not be outdone by his little brother and decided he wanted to put it on. We all helped him into it and my husband kept his arm in the zipper on Jonathan’s shoulder to assure him that he would be ok. He was still very nervous but after feeling the air blowing into the costume, he realized it was indeed going to be alright.

I share this because this was our first experience with an inflatable costume and it didn’t occur to me to check on the positioning of the fan. I know on some inflatable costumes, they have a face opening but this one did not. Your entire face/body is inside the costume.

And there is a happy ending to the story. Jonathan proudly wore the costume to his school’s Trunk or Treat and Boo at the Zoo and it was an absolute hit. He is such a sweet boy. He must have given 50 hugs to little kids who were enamored with Pikachu. And he stopped for more than 100 pictures between the two events with Pokemon fans young and old. He truly enjoyed the reactions, especially from the little ones who would run up to hug him and high five him with delight. I hope that joy and excitement is what he takes with him from this Halloween…but time will tell.